Thesis: A Multi-Method Assessment of the Temporal Dynamics of Treed Bogs in Nova Scotia

Description: The study is trying to reveal the process of tree establishment in bogs by understanding tree community structure and spatial aspects (point pattern). It will also detect the temporal-spatial tree dynamics in bogs over 90 years through aerial photo interpretation.

Project: Disturbance thresholds and factors influencing community dynamics of epiphytic cyanolichens in Nova Scotia, with an emphasis on rare and at-risk species.

Description: The focus of my postdoctoral research is to quantify the relative importance of different threats to epiphytic cyanolichens, and to test experimental conservation measures. This research will ensure that future management activities can more effectively and judiciously conserve these species, and the ecosystems of which they are a part, thought Nova Scotia. This research is supported by a 2-year MITACS elevate grant with the assistance of Port Hawkesbury Paper.

Description: Synthesized preliminary research results of sub-projects within the Forested Wetlands Project and evaluated the principal wetland conservation policy documents within each of the four maritime provinces to identify the vulnerability of forested wetlands to the threats of land development, tree harvesting, and climate change. Preliminary results were used to highlight the significance of forested wetlands from an ecosystem and biodiversity perspective, as well as for their ecological services, for the improvement of policy by increasing their representation through updating wetland inventories and their protection against tree harvesting through acknowledgment within forestry guidelines across Atlantic Canada.

Emma Wofe-Parthun, B.Sc. student. Examining duration of impacts to tundra vegetation in the Mackenzie Gas Project: a case study on the role of science in the EIA process. Dalhousie University, 2014-2015. 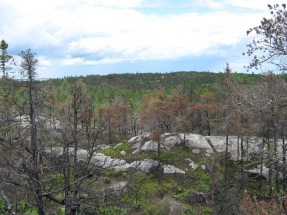 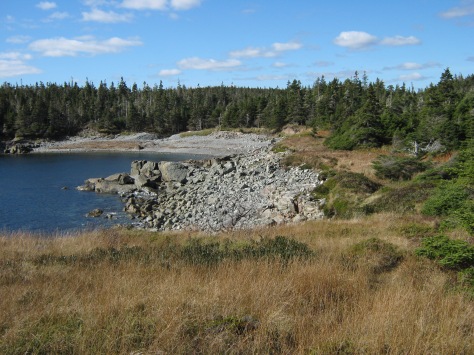